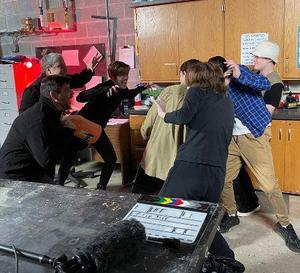 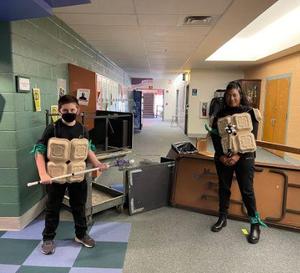 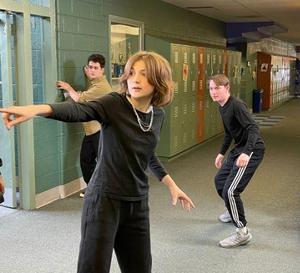 DVFriends students wrote, scored, and acted in our first feature film presentation: The Flipside.
Continuing the tradition of original theater productions, which started in 2016, DVFriends students and theater directors Khalil Munir, Tim Simmons, and Lisa Howell created an original feature film called The Flipside. The Flipside is an alternate reality where things at DV have gone horribly wrong with the teachers turning evil and the students splitting into two warring factions: the Dyslexic Dynasty and the ADHD Alliance. One student has been able to enter the Flipside, and with the help of some friends, tries to defeat the teachers and free the students back into the Light. DVFriends alum Joe Monzo was the videographer and edited the four stories into one film, which was presented to the community in May 2022 during a red carpet premiere event.
The Flipside is our second film, following 2021's short film festival. The program has also produced 5 original musicals: Resonance (2016), Rough Sketch (2017) Romeo & Juliet Remix (2018), Between You & Me (2019), and Three Roads Home (2020). All except Resonance can be found on our YouTube channel @dvfriends.
Watch Flipside on our YouTube channel here:  https://youtu.be/aMm-lpfus2g